The World Bank estimated the potential of the Ukrainian agricultural sector 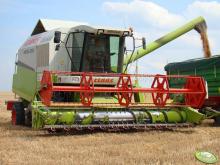 Agriculture in Ukraine has an extraordinary potential to become the engine of economic growth and increasing the income of the population.

According to the World Bank study "Land reform: for the sake of growth" Eizvestia.com writes.

"All these factors are favorable for the disclosure of the agricultural potential of Ukraine to accelerate economic growth and improve living standards of the population. At the same time, the productivity of agriculture in Ukraine is much less than in other European countries, " says the World Bank study.

"Rental rates for agricultural land are ten times lower than in other European countries, which adversely affects the living standards of a large number of rural landowners and does not contribute to the productive use of land," says the document.

"As a result, a large number of rural landowners are deprived of a fair income from one of their most valuable assets. In fact, about 4.5 million small landowners, often pensioners, now receive 10-20% of their annual income from leasing land at rates that are an order of magnitude lower than the potential income. In addition, extremely low rents do not contribute to the productive use of land, " says the report.

In addition, according to experts of the World Bank, the moratorium on the sale of agricultural land is the main obstacle to attracting investment and increasing productivity in this sector of the economy.