Ukraine and Macedonia agreed to expedite negotiations on the FTA 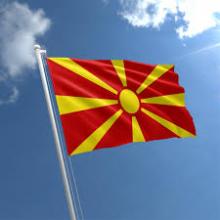 Ukraine and Macedonia discussed the strengthening of trade and economic cooperation. This is reported by the press service of the Ministry of Economic Development according to agravery.com.

During the meeting the sides discussed strengthening bilateral trade and economic cooperation, contacts "business to business" and holding a meeting of the Ukrainian-Macedonian Intergovernmental Commission on Trade and Economic Cooperation in the near future.

The parties also agreed to work out a round of negotiations in the near future to review the provisions of the Free Trade Agreement between the two countries, because both Ukraine and Macedonia are interested in expanding the access of goods and services to the markets of both countries.

"Accession of Ukraine to the Regional Convention on Pan-Euro-Mediterranean preferential rules of origin from February 1, 2018, to which Macedonia is a party, will contribute to the increase of bilateral trade between our countries. Therefore, the issue of revising agreements with the countries that are members of Pan-Euro-Med and the expansion of the operation of these agreements is topical," Nataliia Mykolska said.

She added that the government was working to expand opportunities in export markets, so that Ukrainian businesses could export products faster and easier.

According to her, the Pan-Euro-Med Convention provides for the application of uniform rules of origin for the participating countries, in this case for Ukraine and Macedonia. This means that, for example, in the production of goods in Ukraine, it is possible to purchase raw materials and components in Macedonia, and export products to other member countries of the Convention, using the effect of diagonal accumulation in determining the preferential status of the goods. Accordingly, and Ukrainian materials and components can be used in production in Macedonia for further exports in the form of components of finished products.

The export of goods and services to Macedonia in 2017 amounted to $ 32.5 million and increased by 23.1% compared to 2016. During the first two months of 2018 38 commodity subheadings appeared in the export from Ukraine to Macedonia. This is an additional $ 1.4 million of exports. Among the new are ferrosilicomanganese ($ 391.5 thousand) and other nuts (fresh or dried), and without shell ($ 231.6 thousand).