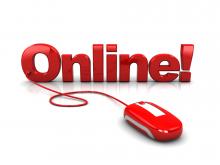 On December 6, 2017 The Ministry of Justice, the Ministry of Agrarian Policy and Food, the State Agency for Electronic Governance and the Eastern Europe Foundation presented a new electronic service for registering lease contracts for agricultural land on-line.

First Deputy Minister of Justice Nataliia Bernatska noted that this service would allow you to apply for registration of the lease in just a few minutes without queues, without contact with officials and extra time. This is really a European quality of services.

"In order to register a signed contract, it is enough to download a copy of the agreement on the lease of agricultural land and to sign these data with your own digital signature," adds the Deputy Minister.

Annually more than 10 million applications are registered in the State Register of Rights to Immovable Property. Up to 20% of them, that is approximately 2 million applications - this is the application for registration of other real rights related to land. However, the demand for this service exceeds the number of registrations, which is due to the implementation in late 2016 of the so-called "anti-raider" law.

"The launch of an online registration of a land plot lease agreement is a good example of how a long-term problem can be solved through the introduction of a technical solution, thanks to the political will of the involved government agencies, without resorting to complicated and time-consuming procedures for introducing changes in regulations," First Deputy Minister of Agrarian Policy and Food Maksym Martyniuk. "This service in its anti-corruption, anti-raider effect and social orientation is a full-fledged component of the Reforms."

Chairman of the State Agency for Electronic Government Oleksandr Ryzhenko noted that the new electronic service is the first results of the effective operation of the system of e-interaction of state registries, which was named Trembita.

"At the stage of registration of the application, the code of the land plot, brought in immediately to be inspected in the State Service of Ukraine for Geodesy, Cartography and Cadastre. So, if the number is specified incorrectly or such a site does not appear in the Cadastre, it will be impossible to apply. The number of refusals to register such an agreement will be significantly reduced due to incorrect data. In addition, the registrar will automatically receive information about the owner of the land plot, the contract for which is registered. Therefore, submitting an application online will be a significant saving of time and nerves for all participants in the process, " adds Oleksandr Ryzhenko. According to him, in the near future about 20 priority state registers will be connected to this system, allowing more than 98% of administrative services and services for citizens to be translated into electronic format.

According to the deputy minister, the registration of land lease contracts protects the tenant from the risk that the site can be taken away or rented to someone else at the harvesting stage.

"Thus, we will ensure a reduction in the risk of fraud when submitting an application that could lead to raider seizure of the site. Electronic services make the interaction of a citizen and a businessman with the state transparent and convenient, " says Nataliia Bernatska.

The initiative is implemented with the support of the Swiss-Ukrainian program "Electronic Governance for Accountability of Power and Public Participation", implemented by the Eastern Europe Foundation.
"Together with the profile ministries over the past two years we managed to introduce more than 10 new e-services. Determining, over the development of which services we will work, we focus on those that can use as much as possible Ukrainian. Also an important criterion is to reduce the corruption component and increase transparency and effectiveness of the work of the authorities. This is our first service in the agrarian sector, which is in great demand among the population and the introduction of which will shorten the time of its receipt and make the procedure transparent, " assures Viktor Liakh, President of the Eastern Europe Foundation.

As of July 1, 2017 in Ukraine, there are 50,553 contracts for the lease of agricultural land for state ownership of 1.4 million hectares, which were concluded on a non-competitive basis.
In addition, on the same date, 4.7 million leases of land shares with a total area of 16.6 million hectares were concluded.

The electronic service of the state registration of land lease contracts is already available through the web portal "On-line House of Justice" https://online.minjust.gov.ua.