Prices for pork in the EU continue to decline 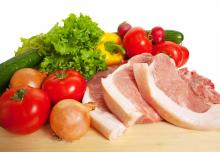 The European Commission reported average pork prices of 143.08 euro/100 kg as of the end of April, which is less by 1.82 euro/100 kg than four weeks earlier and 28 euro/100 kg lower than the same period last year. This is reported by the Council for the Development of Agriculture and Horticulture in the latest analysis of the market, according to pigua.info.

Analysts of AHDB, say that the decline was not unexpected, given that demand for pork is weakened both in local markets and on export markets. In addition, according to analysts' forecasts, the production of pork in the EU this year will be slightly higher than in 2017. The available reserves currently exceed demand, which puts pressure on pork prices.

The French stock exchange reported the most significant changes within four weeks, during the last week prices there fell by 5 euro/100 kg to 130 euro/100 kg. Germany, the Netherlands and Spain also reported a decrease in prices during the month. Conversely, Danish prices remained stable, and Poland actually reported a slight increase over the same period.