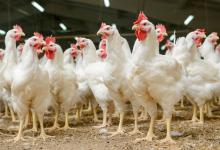 Over the past 20 years, the domestic poultry industry has achieved the highest growth rates in the sector of agricultural enterprises among other branches of agriculture. This was stated by the head of the department of financial and credit and tax policy of the National Research Center "Institute of Agrarian Economics", Ph.D. Leonid Tulush, presenting the results of a research conducted by the scientists of the influence of state support on the development of certain areas of agrarian business in Ukraine, the press service of the Institute informed.

According to Leonid Tulush, a significant increase in the production of poultry products in the agro-enterprise sector in Ukraine became possible due to the long-term state policy of financial support for the development of the industry: first of all, the provision of tax preferences for poultry enterprises. This factor contributed to the inflow of investments and the active introduction of innovative technologies.

According to him, the enterprises of the poultry industry were able to get the maximum benefit from the existing in the field of tax preferences, preferably by applying special tax regimes.

"As a result, over the past two decades the number of poultry in agricultural enterprises has increased almost fivefold. If in the early 2000s, it did not exceed 30 million heads, then at the beginning of 2010 it more than tripled and totaled more than 100 million heads. Moreover, at the beginning of 2014, in which the Russian aggression took place, the number of chickens reached 132 million heads. The volume of sales of poultry meat by agricultural enterprises increased almost 15 times during the time of granting tax preferences, the expert said. If in early 2000s poultry enterprises sold less than 0.1 million tons of chicken meat, in the "pre-war" 2013 they sold nearly 1.3 million tons," he said.

At the same time, according to him, the volumes of poultry sales by households remained practically unchanged from the beginning of the 2000s - 240-270 thousand tons per year.

"Egg production volumes significantly increased during the provision of tax preferences. If domestic poultry enterprises produced less than 3.0 billion eggs in the early 2000s, then in 2010 their number exceeded 9.4 billion. In 2014 the production of eggs amounted to more than 11.7 billion, that is, almost 4.5 times higher than in 2000," the expert explained.

He added that an analysis of the indicators of the development of the poultry industry shows that at the beginning of 2010 the poultry industry reached significant indicators of development and profitability of operations. As of early 2014 the growth rate of the industry actually exhausted the possibility of full consumption of poultry products in Ukraine: there were signs of overproduction, especially given the significant decrease in population in the territories controlled by Ukraine.

"At the same time, representatives of the poultry industry, despite economic expediency continued, and now they continue to use tax preferences granted to agricultural enterprises," Leonid Tulush summed up.