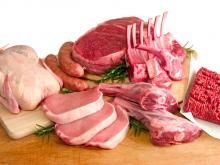 Crop production over the reporting period rose by 8.5%, livestock - by 21.5%. This is reported by the State Statistics Service of Ukraine.

Average prices for the sale of agricultural products by agricultural enterprises in Ukraine in January-February 2018 increased by 10.8% compared to the same period in 2017.

According to the report, crop production rose by 8.5% over the reporting period, and livestock production - by 21.5% compared to January-February 2017.

According to the State Statistics Service of Ukraine, in February, in comparison with January of this year, agricultural products rose by 1.4%. In particular, crop production rose by 2.1%, while livestock products fell by 1.5%.

It is noted that compared to February 2017, average prices in February this year increased by 10%. In particular, the cost of crop production increased by 8.1%, and livestock - by 19.1%.