The government supported the decision aimed at combating agrarian raiding 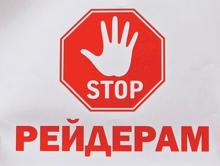 The government supported the decision developed by the Ministry of Justice, eliminated the possibility of double registration of agricultural land, which was often used by raiders, and extends the service of "SMS-MAYAK" to owners and tenants of agricultural land.

This was announced by the Minister of Justice Pavlo Petrenko, the Government portal reports.

According to him, the resolution "Some issues of improving mechanisms for protecting land rights" provides for the creation of new and improving existing mechanisms for combating raiding, guarantees the protection of property rights and interests of landowners and land users and organizes data from the State Land Cadastre.

"Thanks to the adopted document, we eliminate the gaps in the legislation that the raiders used to capture other people's property or grains. Together with a set of other developments, this decree will ensure the destruction of raids in the agricultural sphere in the future, "stressed the head of the Ministry of Justice.

He noted that the document adopted by the Government provides an automatic verification of the cadastral number of the land plot. This makes it impossible to double-register land and register non-existent plots, guarantees the correction of errors when entering information.

In addition, the Minister of Justice noted, the decision was made to extend the service of the Justice Ministry "SMS-MAYAK" not only to the owners of land plots, but also to tenants and those citizens who have other forms of ownership.
"Thanks to this, the owners or tenants will be able to immediately receive information about attempts to conduct registration activities with their property and, in the event that these actions are carried out without their knowledge, quickly react to them," says Pavlo Petrenko.