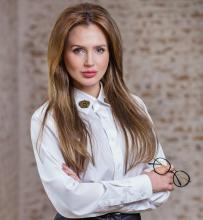 As repeatedly reported by the Ukrainian Stock Breeders Association, because of the introduction of an automatic system for the registration of tax bills for several months already in Ukraine tax bills of Ukrainian business have been blocked in Ukraine, practically all sectors of the economy, including agrarian, which causes significant damage to it.

On December 7, 2017 The Verkhovna Rada of Ukraine, taking into account the enormous public pressure of business, the public and the expert environment, adopted the Law "On Amendments to the Tax Code of Ukraine to ensure the balance of budget revenues in 2018", which returned to the test mode of suspension of registration of tax bills in the Unified Register of Tax Invoices (the URTI). However, the adopted amendments, as noted by the Ukrainian Stock Breeders Association, do not solve the problem with the blocking of tax bills. In fact, the state tried to divert attention and deceive the business.

The main problem that blocks tax invoices, as the experts of the Ukrainian Stock Breeders Association have repeatedly said, is the system of assessment (criteria) of the degree of risks led by the order of the Ministry of Finance No. 567 of June 13, 2017, remained unsolved.

According to the adopted amendments to the Tax Code of December 7, 2017, it is stipulated that at the state level a new Procedure for the suspension of registration of tax invoices / calculations of adjustments in the ERNN should be adopted, which will be subsequently approved at the level of the Cabinet of Ministers of Ukraine, instead of the order of the Ministry of Finance of Ukraine No. 567 dated June 13, 2017.

However, unfortunately, despite the negative experience and invalidity of the already developed automatic system for registration of tax bills for Ukrainian business, at the level of the State Fiscal Service of Ukraine and the Ministry of Finance, work is already under way to develop this new Order, as is known from insider sources. Moreover, the draft regulatory act has already been written.

However, all this work is done in closed mode, without attracting small and medium-sized businesses, a broad expert environment and the public, without public discussion.

The Ukrainian Stock Breeders Association is a part of agricultural and feed production enterprises (in the structure of livestock production, the share of feed is 70%), which suffers from the problem of blocking tax bills, as well as other industry associations, and not included in the development of the new Order on Suspension of Registration of Tax Invoices in URTI.

To date, serious fears are serious that in the preparation of this new Order to suspend the registration of tax bills / calculations of corrections in the URTI will participate a very narrow circle of persons who were previously involved in the development of the shattering business order of the Ministry of Finance of Ukraine No. 567 of June 13, 2017, and the new Order, although it will be adopted at the level of the Cabinet of Ministers, will practically not differ in content, and again lead to the task of the business of serious financial losses.