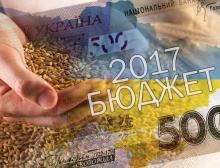 The mechanism of subsidies needs to be reviewed, so that small and medium-sized producers get access to them.

This was stated by the people's deputy from the " Batkivshchyna" Vadym Ivchenko, writes AgroPolit.com.

"I advocate that small and medium-sized producers first of all get access to subsidies, since they should be the basis for economic growth in the industry," explains the People's Deputy.

On confrontation Ivchenko proposes to consider the issue of subsidies for large agro-enterprises through the prism of two factors.

"The first is the payment of taxes to the budget. The second is reverse support from the state in the form of a refund of export VAT. In the context of the last paragraph, "- says Ivchenko.

According to his calculations, for example, the company Kernel and related companies in 2017, the budget returned 7.6 billion UAH export VAT. MHP at the same time received a little more than 1 billion UAH for subsidies.

"Then the logical question arises: who gets more money: companies that create added value and jobs in the domestic market or a company that has few hired workers in large territories and collects harvests and then earns on export VAT?", notes politician.