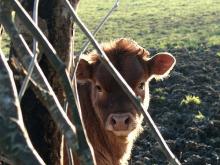 Two cases of foot and mouth disease were discovered in the Republic of Bashkortostan (the RF). The focus of nodular dermatitis was recorded in the Ulianovsk region of Russia, and the African swine fever in the Rostov region, and an outbreak of highly pathogenic avian influenza occurred in the same region.
About 26 cases of ASF in Poland and 3 in Ukraine were reported in the OIE.

Outbreaks of highly pathogenic avian influenza have been recorded in Italy (10), Bulgaria (2), Germany (1), China (1), the Republic of Cyprus. Newcastle disease was discovered by veterinarians of Bulgaria. Greece paces the sheep and goats pox. 6 cases were registered. Bluetongue disease is distributed in France and Serbia. Fixed 206 and 2 centers, respectively.

One case of low pathogenic avian influenza was found in the Dominican Republic, and one outbreak of fever is in Spain.