Vaccination of wild animals against rabies started in Volyn 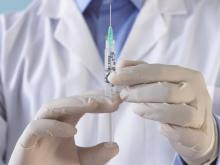 The oral vaccination of wild carnivores against rabies has began since October 1, 2017 in the Volyn region. It will approximately last for 10-12 days.

This is reported by the press service of the State Service of Ukrainee for Food Safety and Consumer Protection.
Vaccines are distributed by air transport in certain areas of the region. Flights are conducted on certain parallel lines, with a distance between them of approximately 1 km.
The vaccine (bait) is not harmful to humans, animals and the environment. It has been used in the territory of the European Union for more than 10 years.
This vaccination is carried out within the framework of the Agreement between the Ministry of Agrarian Policy and Food of Ukraine and the Ministry of Agriculture and Rural Development of the Republic of Poland on the implementation of the rabies control program in the region.
It bears reminding that incidences of rabies are increasing in Ukraine. It has already been 660 incidents for eight months in 2017.
Tags
Вакцинація
Волинь
сказ
дикі тварини
English