Ukraine is not a chemical landfill! 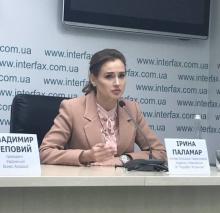 Today, at the evening session of the parliament will consider bill No. 6606 of June 21, 2017, which plans to amend the Law of Ukraine "On Pesticides and Agrochemicals" regarding the importation of pesticides into the customs territory of Ukraine.

This draft law wants to abolish the requirement that an obligatory condition for the import and use of unregistered pesticides in Ukraine is a documentary confirmation of their state registration in the country where they are produced.

That is, now in Ukraine there is a rule that prohibits the import of products of unconfirmed quality, which can cause irreparable harm to life and health of citizens. Today, for the use of chemical preparations in the fields, it is necessary to go through the process of state registration, which lasts from 1 to 2 years according to the Ukrainian legislation, and in the countries of the European Union and much longer - up to 10 years. During this period, a detailed safety check of such drugs is carried out. And by the draft law No. 6606, people's deputies want to open the way for the importation into Ukraine of pesticides that are not allowed or banned in European countries, usually due to their danger to the environment, life and health of a person.

The Ukrainian Stock Breeders Association is not indifferent to the future of Ukraine and the fate of our children, so the chairman of the Association, Iryna Palamar, spoke at a press conference with a clear position to prevent Ukraine from making a dump from the whole world.

We will not allow the transformation of Ukraine into a continuous chemical Chernobyl!

To this end, the USBA has already joined the signing of an appeal addressed to the Chairman of the Verkhovna Rada, the Prime Minister of Ukraine and people's deputies with a request to remove from the agenda and not consider the draft law on amendments to Article 4 of the Law of Ukraine "On Pesticides and Agrochemicals" on import of pesticides into customs territory of Ukraine »№6606 from 21.06.2017. Except the USBA, the appeal was signed by such organizations as PU «The Ukrainian industrial association of protection of plants», the Ukrainian Business Association, PU «The Ukrainian Association of Manufacturers of Electrical Engineering». All of them require an investigation into the motives and reasons for the emergence of this "initiative" on the agenda of the parliament.

"Caring" about people, people's deputies lobby in the VR the mass importation of "chemical weapons of delayed action" in Ukraine for use on Ukrainian soils, waters, people. It is clear that foreign manufacturers of chemistry are striving to maximize profits, because after conducting such clinical experiments on Ukrainians, they certainly know whether the drug has a negative impact on the health of people and animals or not. That is, we have a situation where the EU protects its land from unproven drugs, but Ukrainians should check them on themselves.

Already today in Ukraine, about 40% of genetically modified products, although officially prohibited by law. So now, they want to allow the import of various trash by settling it legislatively.

The EU sets very high standards for the import of products to its countries, and according to this approach, Ukraine positions itself as a state for which standards are not needed, that the euro integration will lead to loss and export image of the state.

It seems that at the end of the term of office, the deputies no longer think about their voters, but only reduce the debit with the loan. But the deplorable consequences of such decisions will leave people and for many generations ahead. After all, such a valuable natural resource, as there is land, unfortunately, is limited and it is impossible to destroy it thoughtlessly, turning Ukraine from an agro-power into an agricultural agro-farm or agro-farm.

Obviously, there is a banal manifestation of political corruption and lobbying of anti-state interests.