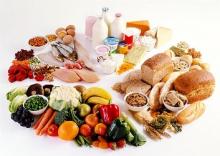 The Ministry of Agrarian Policy of Ukraine proposed to amend the law "On state control over compliance with legislation in food, feed, animal by-products, animal health and welfare", according to which not state inspectors, and courts should consider cases of violation of this law. The corresponding draft law was made public on the official website of the Ministry of Agrarian Policy, reports UNN.

According to the bill, the ministry proposed, in particular, part 8 of Article 66 of this law to state in a new wording. Namely, to indicate that "the case of violation of this Law, legislation in food and feed (hereinafter - the case) is considered by the court."

At the same time, the current document states that the relevant case is "examined by the competent authority or its territorial bodies. On behalf of these bodies, the main state inspectors and the main state veterinary inspectors have the right to review cases. "