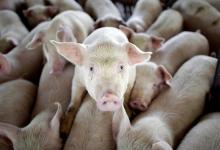 During the period of 2017-2018 the countries of Europe noted the expansion of dysfunctional territories due to the ASF and the increase in the number of affected animals. This is reported by the Federal Service for Veterinary and Phytosanitary Surveillance, pigua.info reported.

"A large number of outbreaks are registered almost daily in Poland, Latvia, Lithuania, Estonia and Moldova. Simultaneously, having confirmed its cross-border character, only since May 2017 to May 2018 the infection spread to three EU countries (Czech Republic, Romania and Hungary)," is said in the report.

The Federal Service for Veterinary and Phytosanitary Surveillance believes that the main cause of the outbreaks of ASF in the territory of European countries is the importation of infected pig products from the territory of Ukraine.

"Pig production and epizootic well-being due to the ASF in Slovakia and Austria are under the threat," is reported in the service.