A set of 23 socially important goods, including vegetables, bread, pasta, milk, meat, sugar, eggs and cereals, grew by 24% over the year - from 825 UAH in May 2017 to 1021 UAH in May of this year. This is evidenced by the study of analysts of the Economic Discussion Club, agroday.com.ua reported. 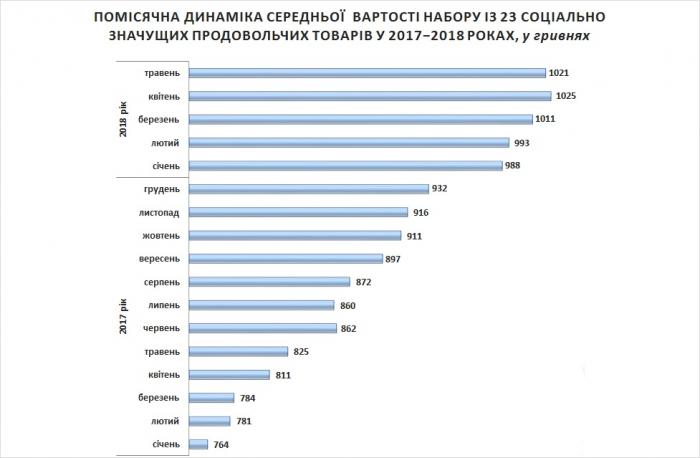 At the same time, compared to the previous month, current prices turned out to be lower for 14 of the 23 positions of the list. 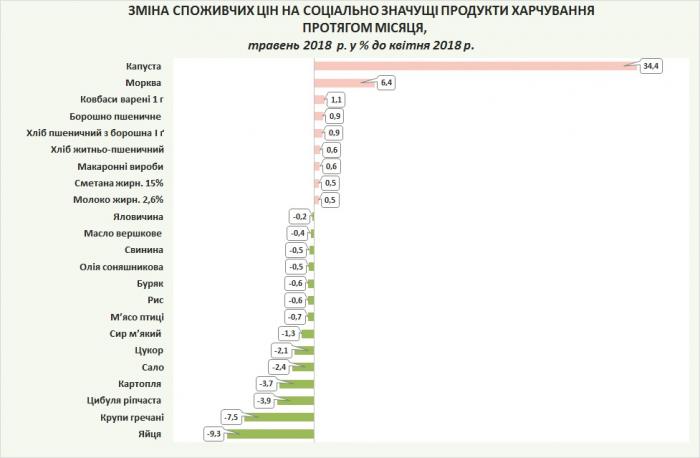 However, cabbage and carrots grew by 34% and 6%, respectively. As specialists explain, this happened under the pressure of seasonal supply reduction and stable demand.

All types of meat fell in May. On the one hand, this contributed to filling the domestic market with meat, on the other - hot May forced Ukrainians to change the food ration. The amount of salo has dropped by 2.4% or 1.67 UAH per kilogram from the meat group. Pork, beef and chicken lost about 1% in price.

On the contrary, dairy products were rising in price. All because of the constant reduction in the supply of milk in the domestic market. Bread rises in price over the second consecutive year. Since the beginning of the year mass varieties have added 7-8% in retail chains.

In general, experts state that in May the basket of social products fell by 4 UAH in comparison with April. This was observed for the first time in the last 10 months.