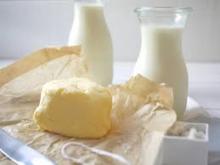 In autumn prices for dairy products will start to grow. Nevertheless, this growth will be quite modest compared to previous years, Oleksii Doroshenko, head of the Association of Trade Network Suppliers, said.

According to his expectations, milk will be the leader of the rise in price. Until December it will grow by about 8%.

"In August the price change will be insignificant - plus or minus 10-15 kopecks, and the price will begin to rise starting from September", Oleksii Doroshenko said, golos.ua reported.

In addition, the expert assumes a rise in price of a butter. In July its value decreased due to a decrease in exports and domestic demand. If external supplies are activated in September, the oil will start rise in price.

Presumably, before the end of the year the cost of oil will rise by 8%. Other products (cottage cheese, cheese) will rise in price less - by 5-6%.

It bears reminding that analysts of "Infagro" also noted possible rise in price in the autumn.