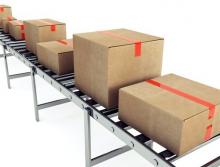 This is reported by http://agravery.com.

The structure of agricultural exports in five years has not actually changed. 57% of all agricultural food supplies from Ukraine remained on the following positions: sunflower oil, corn and wheat, which together provide about $ 10 billion.

In addition, the list of basic export goods remained almost unchanged during this period, with the exception of only a few items: the share of chocolate cheeses decreased, and in 2017 they were no longer among the ten main export Ukrainian goods for a sharp decline in trade with Russia. Export of chocolate fell by $ 481 million (76%), and cheeses by $ 326 million (91%).

But there was an increase in the export of meat and poultry by 2.7 times, or by $ 244 million. The main reason for this was the signing of the FTA with the EU and the active use of quotas for duty-free export of products to the EU countries. Poultry meat in 2017 was included in the TOP-10 of the main export goods. Also, sugar exports increased 2.5 times to $ 280.2 million.

"In 2017, exports of agricultural products reached almost record pre-crisis levels, but its structure has not undergone significant changes. Almost 60% of the supplies are still raw materials, and the list of products includes the same sunflower oil and cereals. Ukraine lost Russia as a market for cheese and chocolate, but it increased the supply of poultry meat. In the future, it is necessary to develop exports in an intensive way - by increasing supplies of value-added products in order to level the status of Ukraine as a "raw material appendage", - the analyst comments.