Epizootic situation on especially dangerous diseases of animals in the world 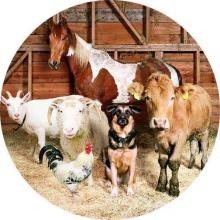 Between March 24 and 30, 2018, countries reported to the World Organization for Animal Health (OIE) about 133 foci of especially dangerous diseases, pigua.info reported.

African swine fever was found in Latvia (21), Poland (69) and Ukraine (3). The outbreak of the foot-and-mouth disease was recorded in Mongolia (15) and South Korea (1).

Over the past period, the OIE was also informed of the discovery of babesiasis of cattle in New Caledonia (1) and Aujeszky's disease in France (1). In Belize, an increase in the incidence of rabies has been reported. The number of cases of equine influenza in horses has increased in Chile.