The consumer basket is beyond the law 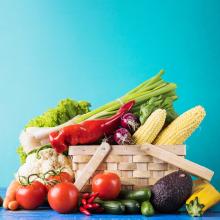 It is reported that the decision of the District Administrative Court of Kyiv resolution of the Cabinet of Ministers of Ukraine No. 780, which has revised the consumer basket for the first time in 16 years, is determined to be illegal and invalid.

It is also reported that the court found unlawful the actions of all ministries that were responsible for the formation of minimum sets of food, non-food products and services and, in fact, reaffirmed the social standards of the 2000 model without their qualitative revision (committed so-called "actualization"), contrary to the established order.

"In other words, first the government and ministries should find out what do citizens need, form their open list, discuss in society, honestly recognize these real needs, and in the future - act in the direction of carrying out reforms to achieve certain benchmarks," Stanislav Baturin said.

He added that today in Ukraine there is a paradoxical situation: the government sets the subsistence minimum level for citizens at the level of 1,762 UAH per month, and the Verkhovna Rada, in turn, annually approves it.

"To substantiate this, in fact, humiliation of human dignity, the authorities form unconfirmed lists of food kits, non-food items and services that allegedly cover human needs," he said.

It is also reported that the government and four ministries have the right to appeal.