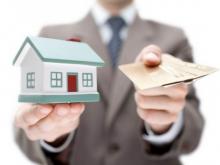 The growth of lending in the agrarian sector following the results of 2017 has become one of the most dynamic in comparison with other sectors of the economy. This was said by the director of the Independent Association of Banks of Ukraine Svitlana Korobkova in the interview with delo.ua, АgroРolit.com reported.

Also, according to Svitlana Korobkova, special attention is deserved by small and medium-sized businesses, which work in the agricultural sector.

In general, according to the NBU, the portfolio of bank business loans grew by only 0.7%.

"Small and medium-sized businesses have shown their sustainability and ability to service borrowed loans. According to the NBU, only about 5% of small and medium-sized agricultural enterprises have problems with repayment of loans. Compared with the level of non-performing loans to enterprises, which at the beginning of 2018 was 54.6%, the payment discipline in the agricultural sector looks quite good," the expert said.

More and more Ukrainian banks recognize that the agrarian sector is one of the most reliable segments for the economy to lend. At the same time, the quality of agricultural loans is higher compared to lending to other sectors. As a result, experts believe that it is profitable to lend to agribusiness,"- Svitlana Korobkova said.

It is also reported that many large Ukrainian banks are betting on the agro-industrial complex. So, according to the chairman of the board of Raiffeisen Bank Aval Volodymyr Lavrenchuk, more than 50% of the bank's loans were given to farmers.

"As for the reliability of agro-loans, they are the highest on the market. The refusals to pay on loans do not exceed 3%," he added.