ASF can migrate from China to Vietnam 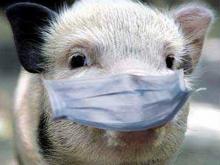 The epizootic situation has worsened in Vietnam. It is reported by the Federal Service for Veterinary and Phytosanitary Surveillance, UNN reported.

According to the ministry, in September 2018, an outbreak of highly pathogenic A/H5N6 avian influenza was recorded in the province of Caobang.

In addition, 14 deaths caused by the rabies virus were reported in September in Vietnam. Every year more and more people become infected.

Also, according to the ministry, there is a threat of penetration of the ASF virus into Vietnam by the People's Republic of China and some Eastern European countries.

“The Vietnamese Competent Authority is taking additional measures to prevent the onset of African swine fever in the country.

In particular, the requirements for the importation of pork from abroad have been tightened and the standards for ensuring health and well-being in meat markets and slaughterhouses have been strengthened,” is said in the report.

It bears reminding that the ASF was recorded for the first time in history in August of this year in China.

In Ukraine, the ASF has not subsided for five years in a row. Last year, about 170 outbreaks of the disease were registered on the territory of our state, this year it is about a hundred.

Losses incurred by Ukrainian farmers due to the spread of the virus are estimated at billions of UAH. Farm community organizations accuse the authorities of inaction.

"The state does not conduct effective work on the depopulation of wild pigs, as is done, for example, by our neighbors - Estonia or Latvia ... Once again I appeal to the Ministry of Agrarian Policy to move from words to action. In this situation, you need to respond as quickly as possible and implement the state strategy to overcome ASF in Ukraine as soon as possible,” the head of the Ukrainian Stock Breeders Association Iryna Palamar said.