African swine fever: from the beginning of the year 176 wild pigs were shot dead in Zakarpattia 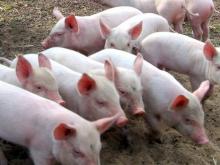 At the beginning of this year, 69 hunting brigades were formed in the region, including 1150 people. Since February 3, they registered 2930 wild pigs, Golos Karpat reported.

This year 176 animals were shot to death. According to data of February 26, only 7 of them were infected by the ASF. One case took place in Mukachevo, two - Tiachiv  and four - Khust districts.

The members of the brigades systematically inspect the hunting grounds and, in order to prevent the disease of wild pigs, together with the forest rangers feed them so that they do not wander from place to place.