"In 2017, the ASF spread twice as fast as in previous years" – says the chairman of the USBA Iryna Palamar 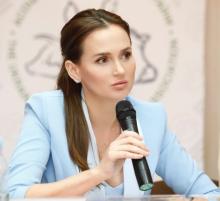 2018 has just begun, but for a partial month, 13 new cases of ASF are already recorded.

That is, the situation remains critically negative.

"Only according to official statistics, starting from 2012, 130 thousand pigs were terminated due to ASF," comments Iryna Palamar, chairman of the Ukrainian Stock Breeders Association. - losses from ASF for 1 head in the households of the population are $ 114, in small and medium pig farms - $ 196, and in large industrial complexes - $ 460. However, the total damage from the epizootic is much more than the actual means that are lost from the death or slaughter of one pig. It is also the depreciation of capital investments, the costs of additional storage or heat treatment of feed grain, losses associated with the suitability of doing business, the cost of anti-epizootic measures (disinfection of territory and premises, disposal of corpses and waste, quarantine, etc.). It should be added here and indirect losses at the country level, as not only pig production, but also the economy of the country as a whole suffers. In particular, the spread of ASF has already caused trade restrictions on the export of pig breeding.

The situation can be saved only by complex state work in all directions. Let me remind you that the Ukrainian Stock Breeders Association, together with scientists and representatives of the State Service of Ukraine for Food Safety and Consumer Protection, developed a "Program for Combating ASF" for the next 5 years a year ago. The Ministry of Agrarian Policy ignores it; the project has not been approved yet.

Meanwhile, Ukraine not only reduces the number of pigs (by 2017 it decreased by 8.2%, to 6.1 million animals). We lose a lot because of the closure of export pork markets in connection with ASF. Therefore, an important state step should also be the introduction of compartmentalization, (which our Association recently appealed to the authorities), which is the only opportunity for today to establish export for Ukrainian pork. Together with the State Service of Ukraine for Food Safety and Consumer Protection and the FAO, we are working actively to develop changes to the Instruction for the Prevention and Control of African Swine Fever and the new Veterinary and Sanitary Requirements for the Maintenance of Pigs. The introduction of compartmentalization will stimulate producers to increase biosecurity measures on their farms, as a result not only will the possibility for the export of pig breeding, but also improve the epizootic situation in the country as a whole."

Compartmentalization is the division of livestock farms according to the degree of their biological protection. Those enterprises that have a sufficient (high) degree of protection against the infiltration of disease on the territory of the economy, are given the status of safe, and therefore their products can freely enter the markets, including external ones. This procedure regulates the assignment of a pig farm or an enterprise for slaughtering pigs, processing and storing slaughter products in one of the compartments.

Compartment I - unprotected from the threat of the economy;

Compartment IV - farms of a high level of protection.

The compartmentalization mechanism allows to preserve the opportunities for trade in livestock products for enterprises with an appropriate level of biosafety, confirmed by the competent authority of the state concerned. That is, businesses that confirm a compartment with a disease, according to international rules, will not be able to stop production and carry out trade operations, including export, even if they are in the quarantine zone of the corresponding disease.